Blame it on COVID-19, Sushant Singh Rajput’s last film Dil Bechara will release on Disney Plus Hotstar on July 24, 2020.  The trend largely set by Ghoomketu and Gulabo Sitabo seems to be the new normal.

You can’t blame it on the producer Fox Star studios for taking this decision.  The film has been directed by Mukesh Chhabra.

Trade analyst Taran Adarsh has just announced the date in question on his Twitter handle. 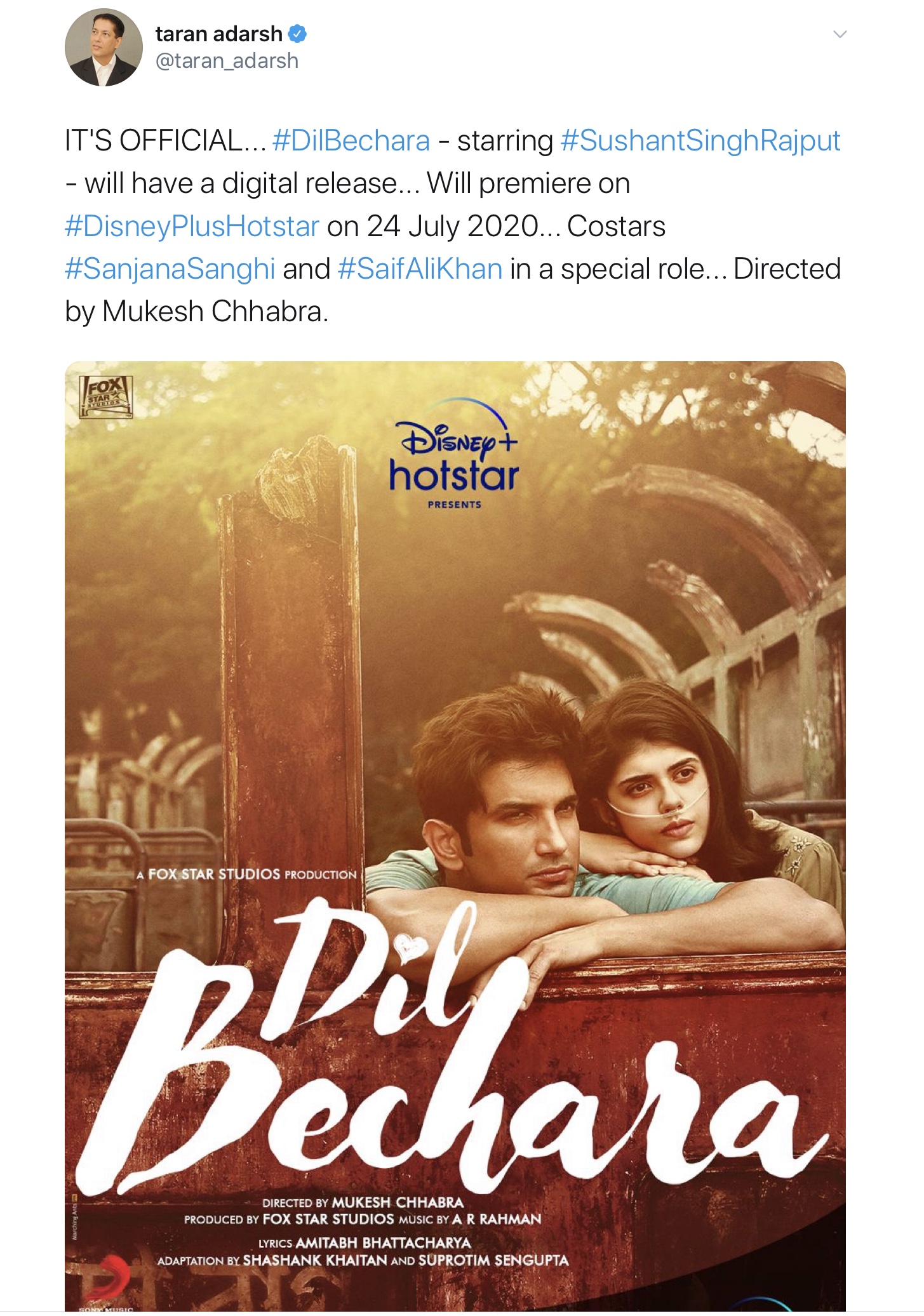 Dil Bechara has newcomer Sanjana Sanghi as the female lead and Saif Ali Khan in a special role.

Dil Bechara will read a wider audience as it will be available to subscribers and non-subscribers both.

Sushant committed suicide on 14 June, when he hung himself sometime around noon in his room. The cremation was done the next day at the Pawan Hans Crematorium in Vile Parle.