In a new edition of The Dialogue, Ranvir Shorey discusses his views on politics and elaborates on what happened in the altercation with the Mumbai Police, during the coronavirus lockdown. He also opens up on his separation with Konkona Sen Sharma and speaks of his memories of Irrfan Khan and Rishi Kapoor. 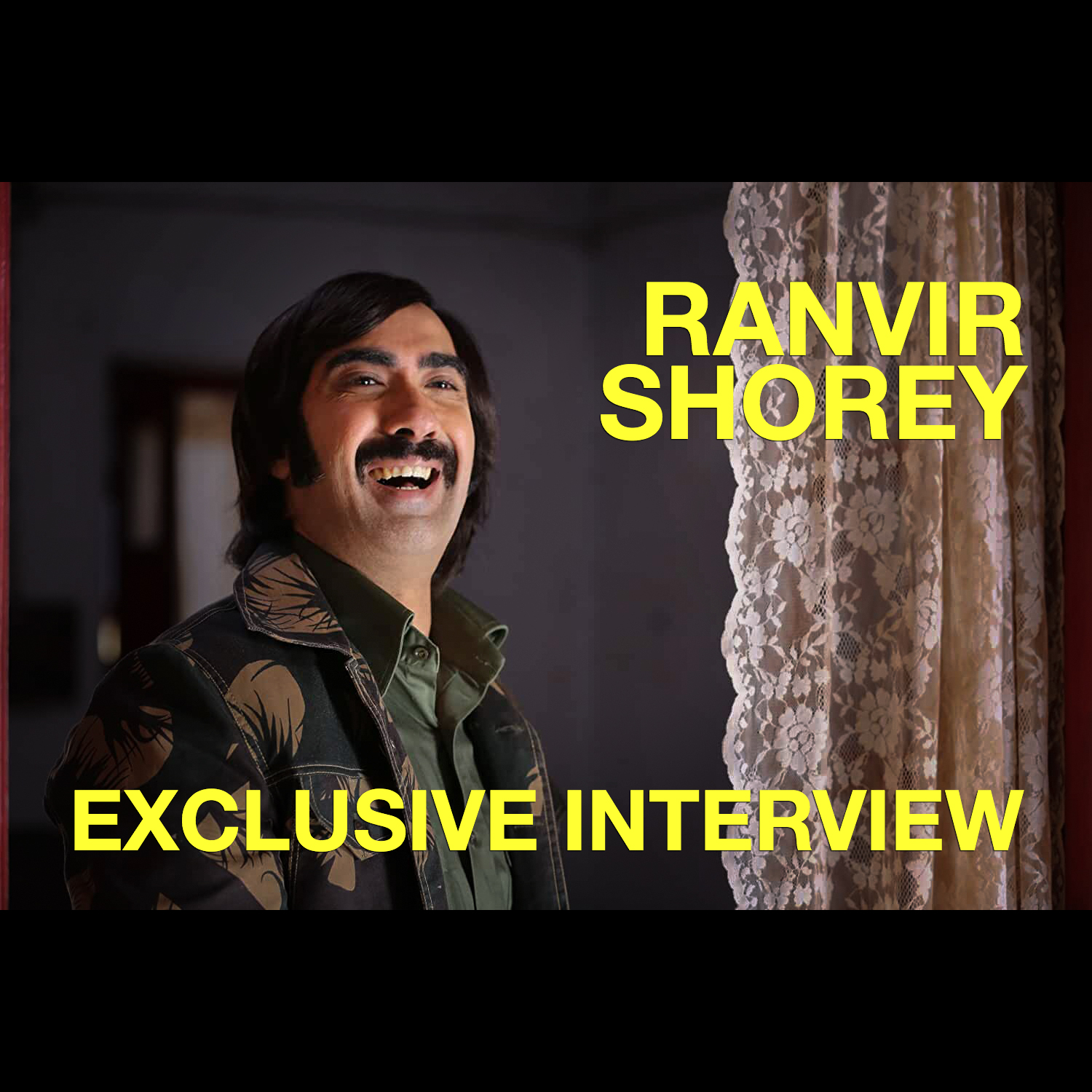 Ranvir Shorey is one of the finest but most underrated actors in Bollywood. This man should have done far more films, he knows what acting is all about. He is in happy space but if destiny had been little more kinder, he would have been happier.

I caught up with Ranvir over a video interview last evening. Ranvir, who has been very open about his political inclinations on Twitter, spoke about not only politics but also about the recent altercation he had with the Mumbai police. He also opened up on his separation from his wife Konkona Sen Sharma. Finally, he talks about his new and upcoming projects, Metro Park (Quarantine Edition) and Lootcase.

It will be apt to start from your recent altercation with the Mumbai Police…
My caretaker’s wife delivered a baby. So, I sent them via my car. But while coming back, he was stopped by the cops at Jogeshwari. One of them told him a lot of weird things, hence I went vocal about it on social media.

Like what upset you per se?
My caretaker hadn’t gone for a party. His wife was delivering a baby and I think any father ought to be there at such an instant. But yet, he was told that there was no need for him to venture out as the doctor and hospital staff would have handled it.

Another thing which upset me was that he was told that even if they consider his going with her as an emergency, his return trip was not an emergency. Pray, what does that mean?

Moving on to your political views on Twitter, how do you handle that with friends or Konkona? Correct me if I am wrong but Konkona has diametrically opposite views on politics.(Nods his head) But isn’t that what democracy is all about? You discuss, you argue and then carry on with your respective lives. But yes, nowadays we have become aggressive in our choices and opinions in politics. But again, that is likely to happen when a certain rule which has lasted for nearly 70 years is upsurged by someone else. It leads to strong conflicts and upheaval. So yeah, nowadays I see friendships being affected by politics.

But you know for me politics in democracy is all about shifting power. You can’t have one family ruling in the entire history of independent India. I am not a supporter of feudalism which I know exists everywhere, like your tribe refers to it as nepotism.

As for Konkona and I discussing politics at length, that doesn’t happen. We have separated and are leading two separate lives.

We have clearly decided that we will remain co-parents to our son and it’s all about him that we talk about. It’s a clear-cut agreement. So, there is not much interaction in any other space. 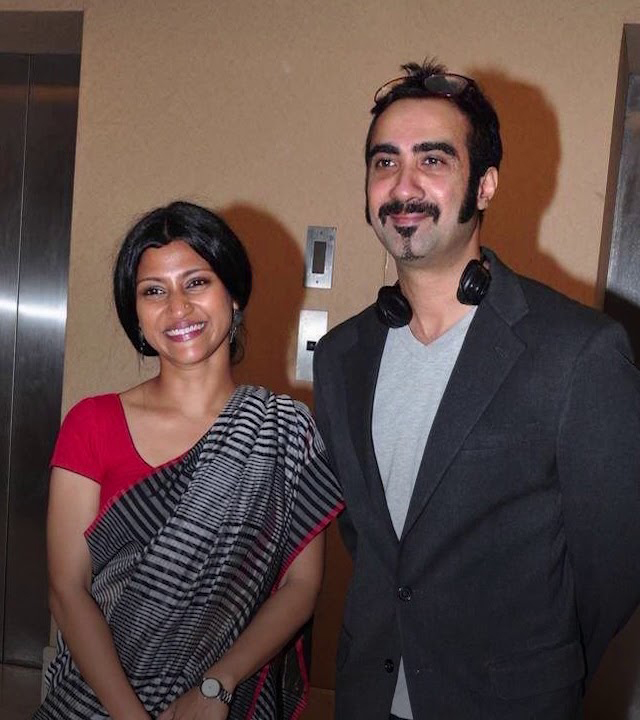 “Konkona and I are leading two separate lives”

You worked with her in her film A Death In The Gunj that she directed…
Yes, but we hadn’t officially separated then.

Will you work with her in future?
I can’t say.

The last scene in Angrezi Medium, with Irrfan waving out and you driving the car was not supposed to be the film’s final scene….
(Laughs) Yes, I know. It was supposed to end in India. It was a good tribute to a man who deserves many tributes to keep that as the culminating shot.

Life of late, has been one bad news following another. The loss of Irrfan is a big loss not only to the industry but to humanity as well. I am fortunate to have got a chance to work with him.

Anything Irrfan told you that has stayed with you?.
Not words, but the way he fought his illness did not have any frustration and anger. He was fighting it in a very existential way, as a matter-of-fact way. And trust me, it was not a cakewalk for him to do Angrezi Medium. But yet, did it show in any of the scenes you saw?

Did you meet Irrfan after Angrezi Medium released?
No, after that he was too busy with his treatment. We had a screening but he couldn’t make it for that.

And we lost another gem, exactly a day later, Rishi Kapoor. Any interaction with him?
It happened when my film Traffic Signal, directed by Madhur Bhandarkar, had hit theatres. I got a call from Rishi sir. He was very kind and generous with his praise about my work in that film. He was a kingly man- generous not in only his praise but reprimands too.

Tell us about your web show Metro Park.
It’s a special edition of a series and we were supposed to be shooting the second season now, actually.

How much had you to adjust your craft while shooting from home?
It’s very easy for Youtubers and TikTok artistes because they do it anyways solo. Tight planning and pre-production becomes the need of the hour. I have worked behind scenes, so it wasn’t a big task for me. But it isn’t easy- to do costumes, props, shots everything alone.

How did you go about it?
Well. I selected 3/4 best shots and sent it to the director. This, in turn, gave him options to take what he likes as the best one.

The word ‘compromised’ makes me ask you: You haven’t compromised, you have hung on to be picky. You will select nothing fluffy.
Yes, but nothing that I regret. There are other incidents that hurt- like I wasn’t a part of sequels of successful movies because the money they offered me was even less than what I received in the first part. And mind you, role bhi inferior than what was in the first part. Why would I take up such a role? Such offers degrade you. Role bhi achcha nahin, paisa bhi achcha nahin.

But it’s okay. If somebody is ignoring you what can you do? You can best ignore them in return.

Has it happened with you that you were in line for a role but it eventually went to a star’s son/nephew/friend…
It has happened but that hasn’t hurt me. What hurts me is that that nepotism beneficiaries, which the media quickly start portraying as stars, get all kinds of roles in far lesser time than people like me and are allowed the liberty of expanding their repertoire.

Playing the devil’s advocate, isn’t it fair for a filmmaker to ride on your strengths?
But how would anyone know my strengths if I am not allowed to expand my repertoire? Isn’t that just constricting the actor in me?